There is so much going on now, I don't know where to start.  If you're on facebook, you may have noticed that my Dad passed away a couple of weeks ago. He was diagnosed with Stage 4 Lung Cancer on July 14th and passed away just 5 short weeks later. I miss him, and losing him and my Mom within 13 months of each other has been awful. Once Dad's ashes are returned, we're going to be holding a small private ceremony to scatter them. He and Mom always wanted them mixed together and scattered at the same time so that they could be together forever. Isn't that sweet?

Now my sister and I are working on getting their house and it's contents ready for auction. I had no idea how stuff they had accumulated over the years. And we're constantly being reminded of little things about them. For example, Mom's habit of putting new pictures in front of stacks of old pics inside frames. Some of the ones in the back, we had both forgotten about. And there are some that we WISH we could've forgotten (wink, wink). Anyway, it's been a lot of work and we're both exhausted. We're starting to see some light at the end of the tunnel and have a tentative date set in November, as long as we can get the Auctioneer in this week.

We also lost a dear member of our scrapbooking and rubber stamping community. On Sept. 1st, Amy Hartman lost her 5 year battle with Colon Cancer. She and I had known each other for close to 15 years and classes & crops are not going to be the same without her around. I'm going to miss talking to her after class. One of the coolest memories I have of her... One day after class was over, Amy hung around to talk (like she did frequently) and a little while later when she got ready to leave we walked out front and my entire front yard was full of dragonflies! It was beautiful. She and I had both heard that dragonflies are the messengers of angels. We looked at each other and said I wonder which one of us they're here for? It really was an amazing experience and now I'll think of her every time I see one.

To top that all off, I've had Bronchitis and everything that goes with that for the last week or so, which kept me from Amy's services.

SO... I know that we were supposed to have a catalog kickoff event this week, and I probably could still do it, but I would NOT be doing it justice. Instead, so that I have time to get samples ready to share and really bring this wonderful catalog justice, I'm postponing it until Wednesday, September 24th at 7pm and Thursday, September 25th at 10am. If you need anything in the meantime, let me know and I can put in a customer direct order. I'll post more information on it soon. 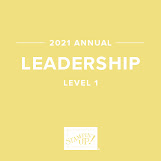 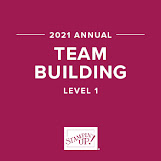 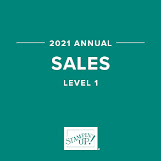